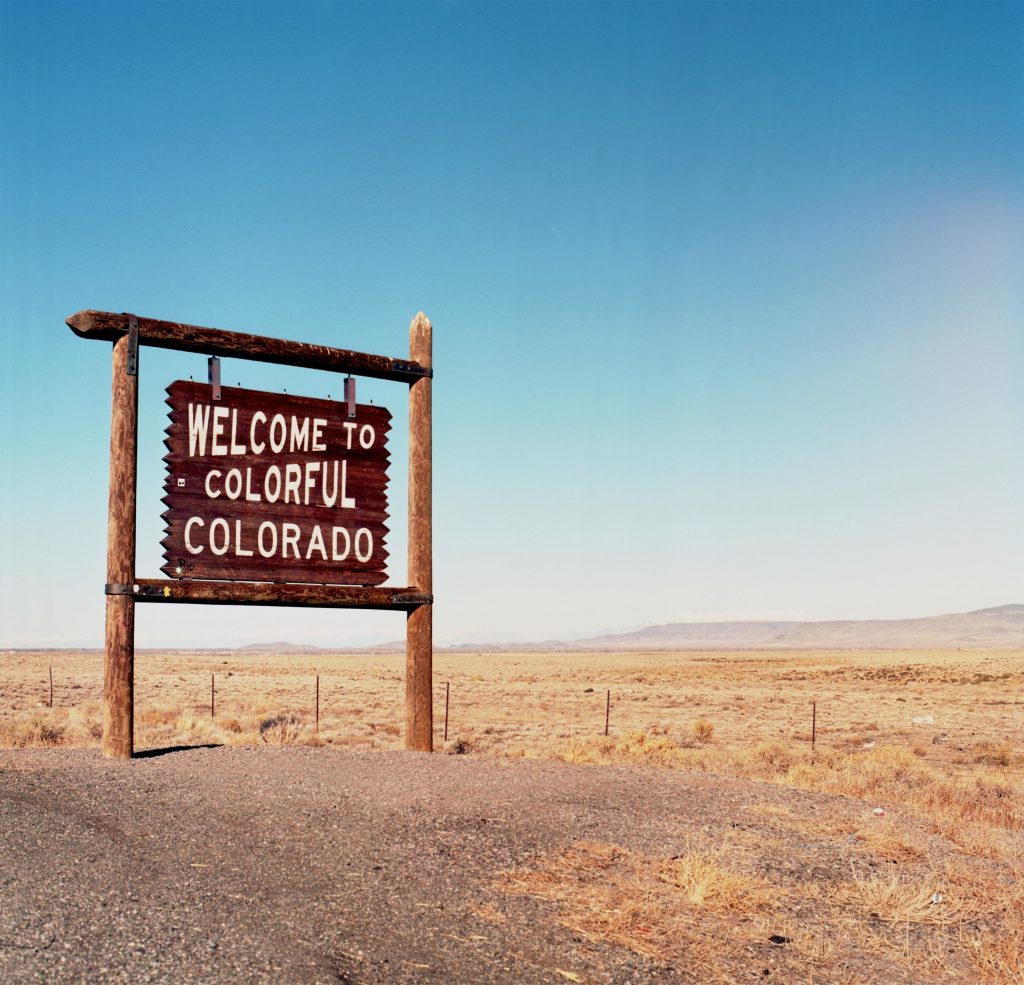 There is not a single Denver native that has not complained about the influx in population around the metro area. While we feel the pain of an irritatingly crowded daily commute, the experts at Your Castle also understand that the sharp increase in Denver’s population is a phenomenon that will positively impact the housing market and overall economy of Denver.

We also understand that a discussion on high-level economics is not for everybody, so we broke the basic economics down into a few simple visuals below.

The Basic Economics
The basic economics of real estate must be understood before we can fully understand how population will affect the Denver real estate market. First, we must understand the relationship between supply and demand: in a “perfect” economy, when demand for a good or service increases, the supply of the same good or service also increases. 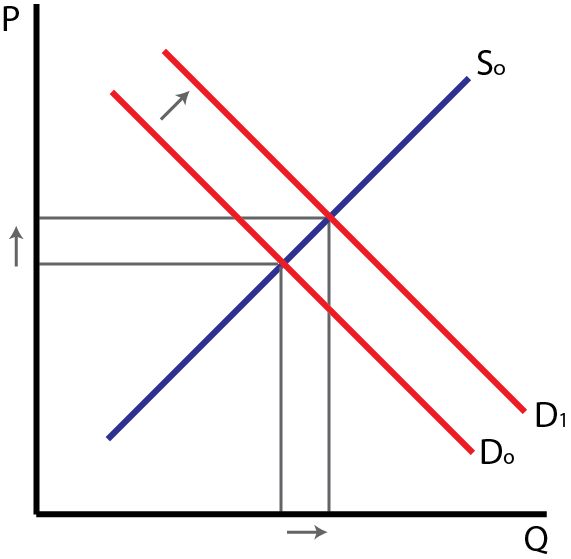 The shift in demand caused the equilibrium point to be higher on the supply curve. This means that a higher quantity of goods/services must be supplied in order to meet the increase in demand that stemmed from a net increase in population.

In a study done by Henry Li of Pace University entitled “The Effects of Demographics on the Real Estate Market in the United States and China”, Li utilized a regression analysis model to examine the impacts of variables on the change in National Composite Home Price Index for the United States, which tracks the housing price fluctuations (Li, 2014). This model can be found here.

In the analysis of the study, Li explains that, “As depicted by the model, a country’s economic factors play a role in the housing prices. The GDP has a slight impact on the prices of homes since a growing GDP means a growing economy. The state of the economy tends to influence people to spend or save. When the economy is growing, people are more willing to purchase homes and banks are more willing to lend” (Li, 2014). With the current strength of the U.S. economy, it is inevitable that people are inclined to spend money on big-ticket purchases such as new homes.

However, it should always be kept in mind that the housing market is extremely price elastic. This means that fluctuating prices heavily affect people’s short-term ability and desire to purchase a home. So while an increase in population may increase the total demand for housing in the long-run, other indicators such as GDP affect demand on a day-to-day basis.

How This Applies To Colorado 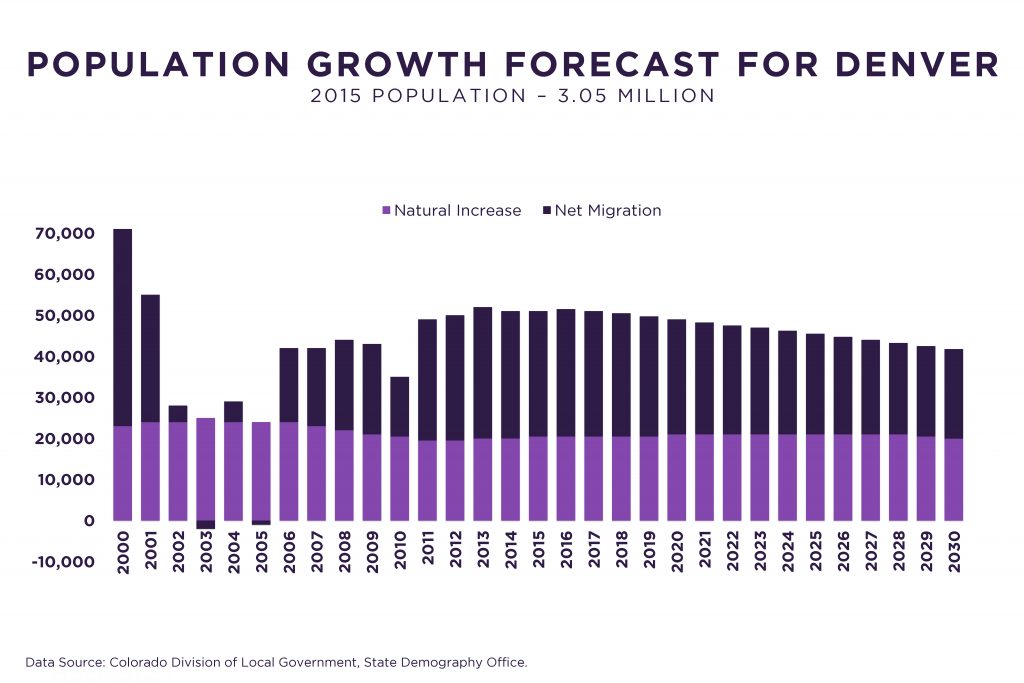 Denver is a very desirable place to live, and our market reflects that desirability. 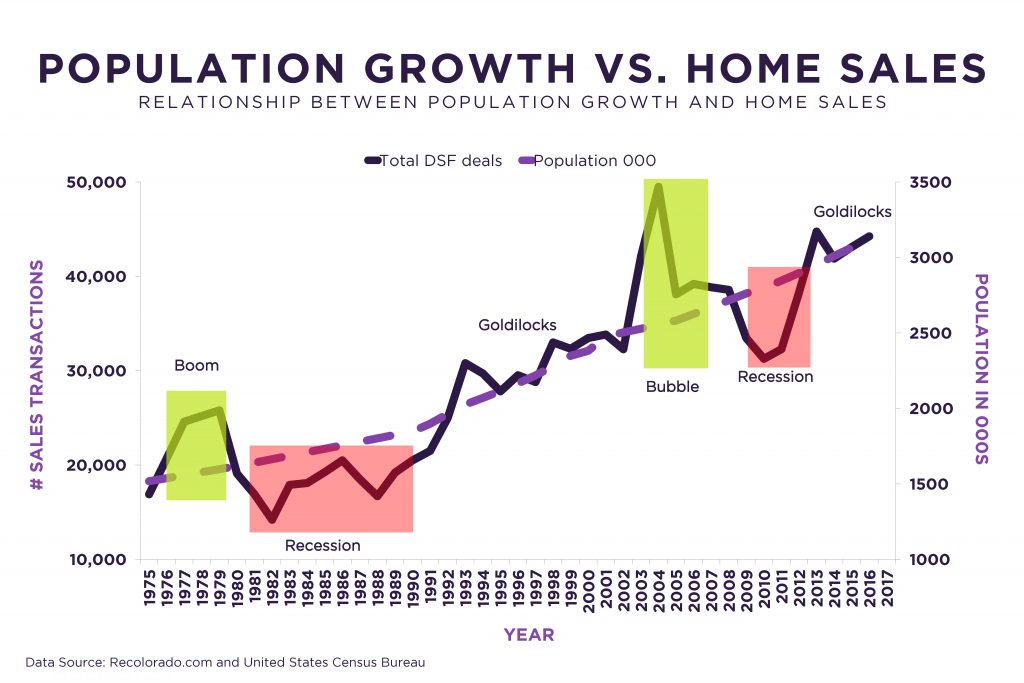 As an example, in 1975 Denver had about 1.4 million people in metro Denver (purple line). During that year, there were approximately 19,000 housing sales, which is about the number of sales one would expect with that population.

In the green block that begins in 1976, the Denver housing market experienced a boom. This means that there were more houses sold than what is typically expected with that particular population. Then, as indicated by the red block, a large bust occurred during the ‘80’s. This bust was likely due to very high interest rates and an overall tough economy.

For years, there were fewer properties sold than what would have been expected for the current population size. Anything that deviates far from the mean is not economically sustainable, and the numbers will always naturally regress back towards the mean (the purple line). In this case, the market took about eight or nine years to recover from the bust, and then Denver’s sales numbers began to increase once again.

What This Means For The Denver Market 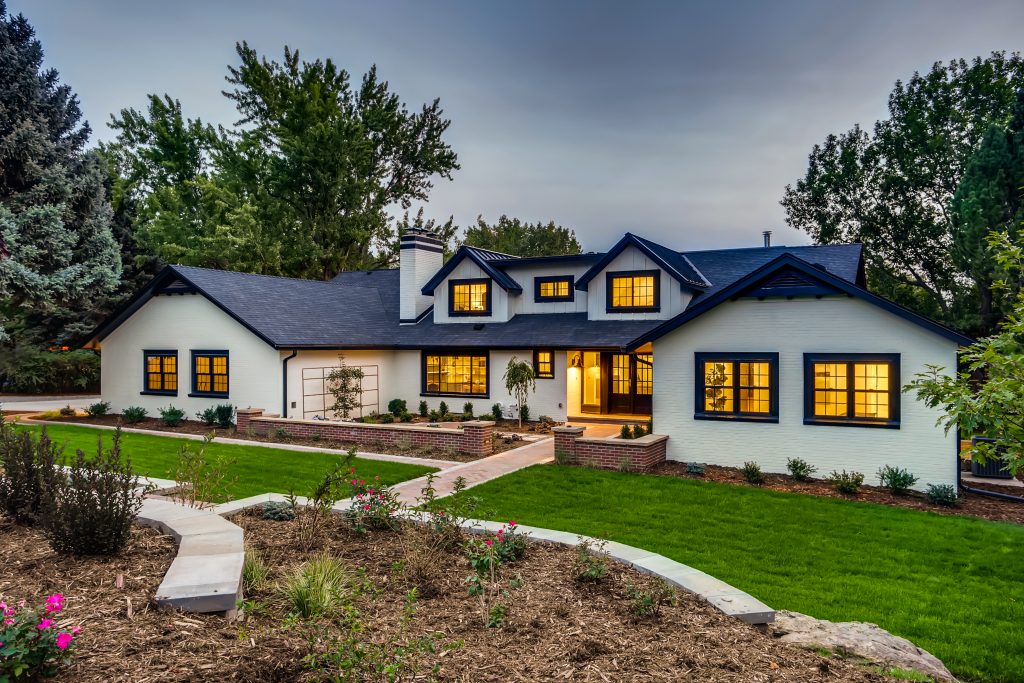 At this point in time, Denver’s residential real estate market is selling about the number of properties that should be sold per Denver’s current population numbers, meaning demand and sales are relatively equal. There have been times when we have seen a decline in the economy and population, so these numbers will not hold perfect– there will always be bigger years and smaller years of population growth.

Currently, the population in the southwest United States –Denver in particular– is growing, and this gives way to an increase in demand for real estate. While you may complain about the traffic, this is one of the reasons we believe that the Denver real estate market will stay strong for many years to come.

How has Denver’s growing population impacted your line of work? Let us know in the comments below!