HOW MUCH AVOCADO TOAST FOR THIS HOUSE?

There are a lot of stereotypes about the Millennial generation (anyone born between the years 1981 and 1996, according to Pew Research), such as their inability (read: unwillingness) to give up avocado toast for the comforts of home ownership.

Upon further research, most stereotypes surrounding Millennials seem to be nothing more than false observations made by generations past, left scorned and skeptical by the volatile economy (Baby Boomers in 1973 and Generation X in 2008).

So what are the REAL facts about Millennials in the housing market, and what do they mean for real estate agents? 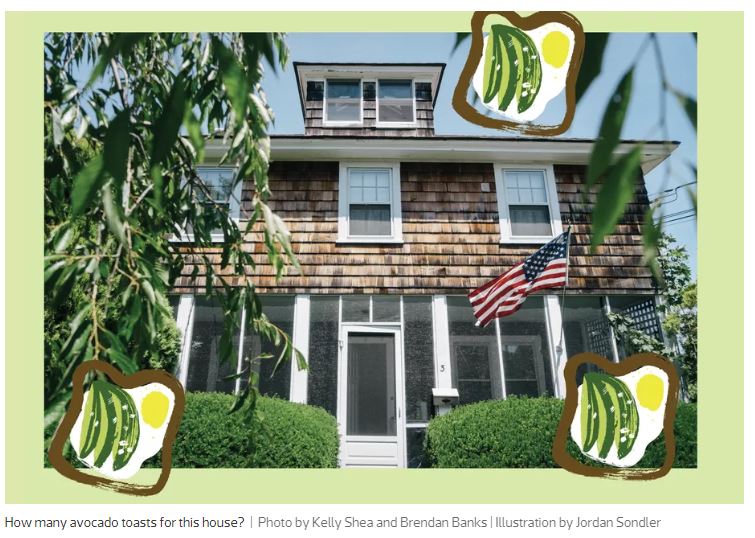 Millennials DO Want To Buy Avocado Toast…and a house

… they are just putting it off until a little later in life than previous generations. Millennials, while not responsible for their own households during the crash of 2008, still saw the effects of the crash as it happened to their parents and the economy as a whole.

In turn, this generation is a bit more hesitant to make big-money investments. Millennials are renting for a median of six years before buying, compared with a median of five years for renters in 1980. 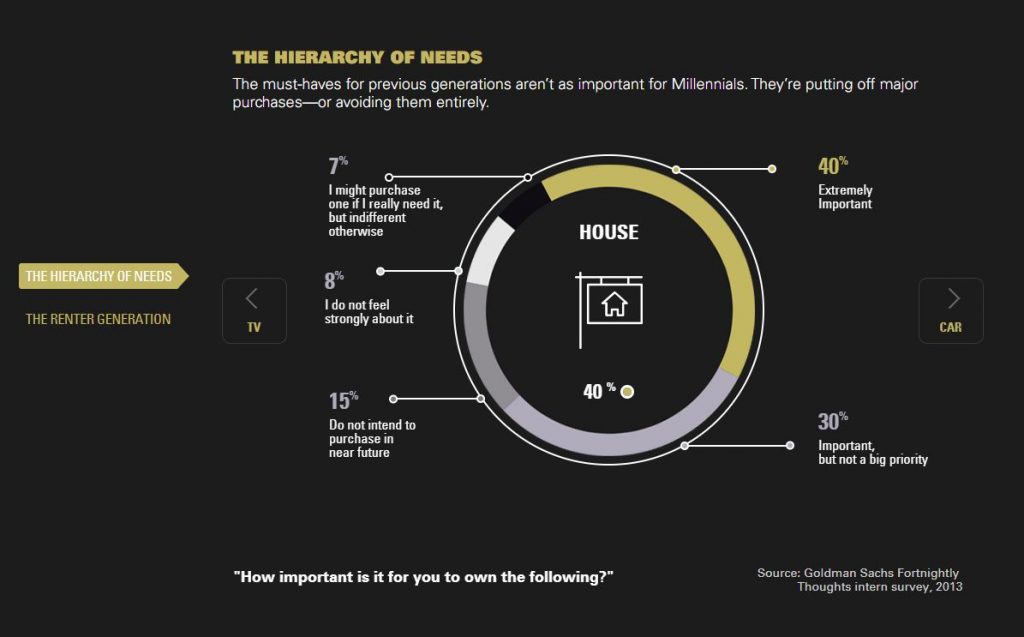 Millennials are Majority of Recent Homebuyers

According to the National Association of Realtors, Millenials made up just over 1/3 of recent homebuyers, sitting right at 34% of the statistic. This makes Millennials the biggest share of homebuyers, followed by Gen X at 27%, and Baby Boomers accounting for a combined 31%.

The median age for first-time homebuyers has remained virtually unchanged for the past 40 years: In 2017 it was 31 years old, compared with 30.6 in 1970-74. Two-thirds of Millennials haven’t reached that homebuying age of 31, and 22% are under 25 years old.

Millennials are finally reaching peak buying age (25-45 years old), which means the percentage of Millennials as recent homebuyers is likely to only increase from here (until Gen Z takes the reigns). 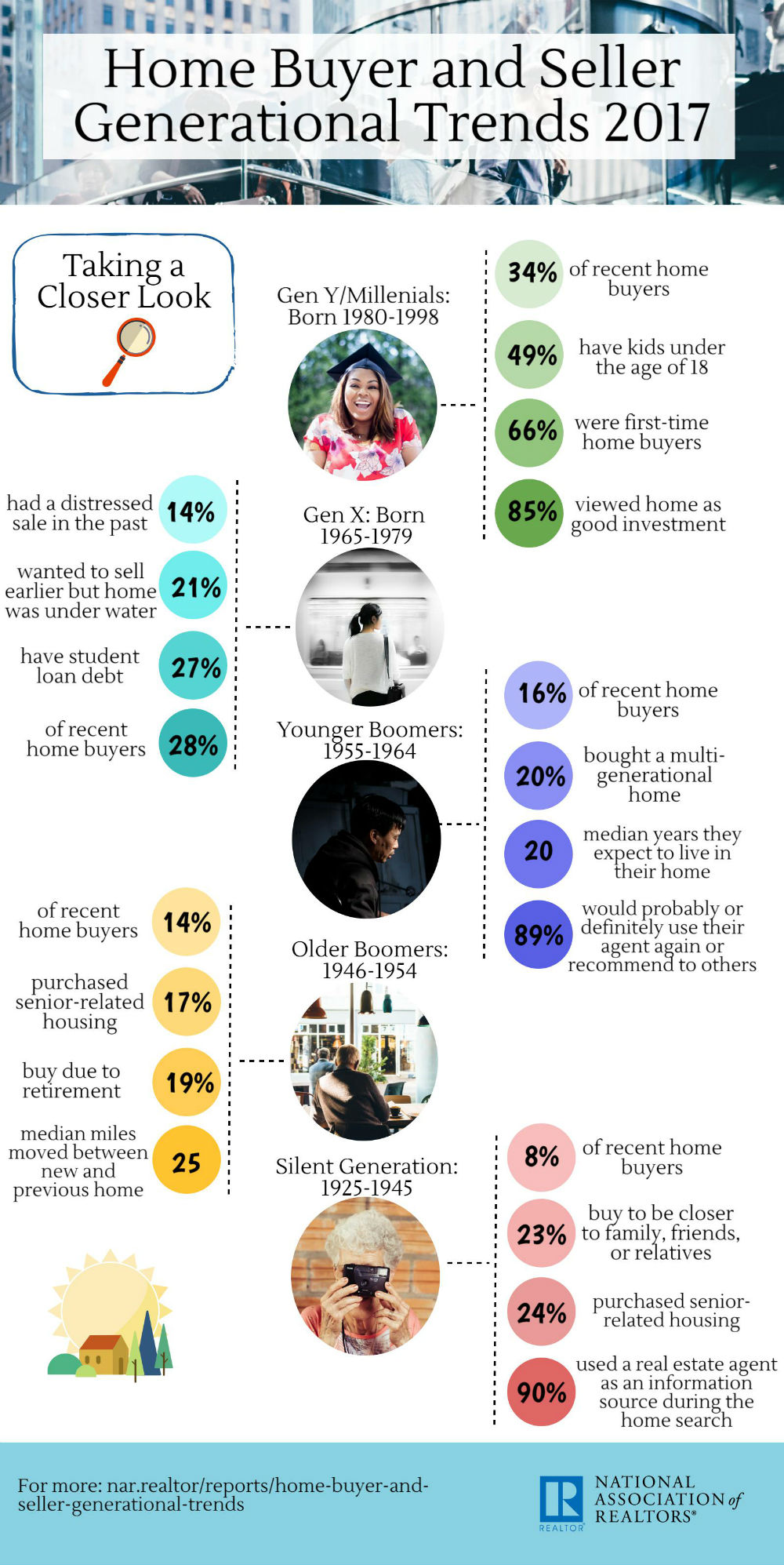 The Millennial generation is on track to becoming the most educated generation yet! However, when it comes to knowledge outside of the classroom, the modern day education rarely does any good.

More specifically, M’s are highly uneducated about the home buying process. As an example, National Mortgage News found that more than one-third of Millennials said saving for a down payment is the biggest hurdle to buying a home, but when asked later about the size of their expected down payment, a scant one-in-five said they plan on putting down less than 20% (the average), while 63% said they plan on putting down anywhere between 20% and 90%.

As we know, an increase in education tends to also mean an increase in student debt (which also contributes to a Millennial’s perceived inability to put a downpayment on a home). However, a Zillow analysis of the Panel Study of Income Dynamics found that homeownership increased for each successive level of education, even as student debt went up.

Everything is Online (ideally)

“They’re also the first generation of digital natives, and their affinity for technology helps shape how they shop. They are used to instant access to price comparisons, product information and peer reviews.” (Goldman Sachs)

Although Millennials do love all things high-tech, they still rely on the wisdom of real estate agents, as noted by 87% of Millennial homebuyers eventually seeking an agent for assistance.

Millennials are all about convenience, and technology has graciously provided. Hence, the avocado toast. Real estate agents need to be able to provide the same conveniences as online venues such as Zillow or Redfin in order to compete with these technologically progressive platforms. 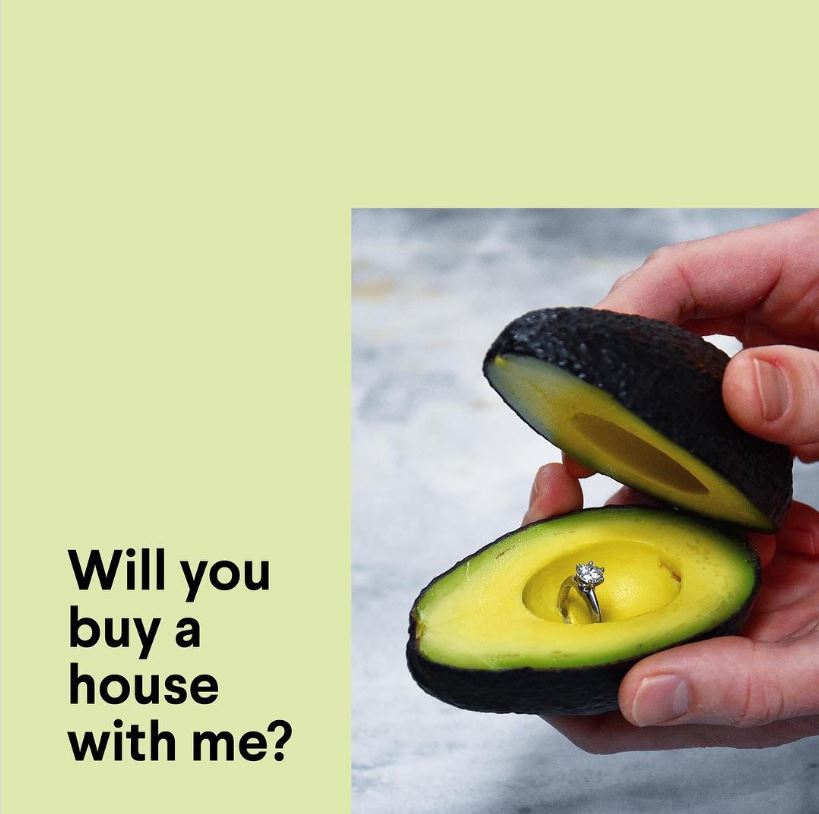 It feels as though we just finally began to understand the homebuying patterns of the Millennial generation. True to form, once we finally have an understanding of something, times and patterns change. Gen Z will be the next generation of homebuyers, and while similar in many ways, they are very different from the generation before them.

“Responding to consumer demand is necessary to keep up with the market, but it’s important to know who is driving that demand and to recognize when the market and buying power is beginning to shift. For now, Millennials remain in the driver’s seat, as they are currently the largest market and the right age to buy and rent homes. However, in a few years, Gen Z will take over and become the drivers within the market…”

As for now, though, Millennials are at the wheel– and most are determined to have their home and eat their avocado toast, too.

What patterns have you observed in your Millennial buyers? Where do you think market trends will head in the future when Gen Z takes over the market? If you’re a Gen M reading this, do you intend to buy a home? Why, or why not? Let’s discuss!